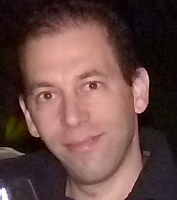 Mr. Horovitz founded EyeCue Vision Technologies and serves as the company's CEO. He is the inventor of the EyeCue Technology. Mr. Horovitz holds an MBA and a B.Sc degree in Computers and Software Engineering from the Technion -Israel's Institute of Technology. Mr. Horovitz specializes in Image Processing and served as a senior Algorithm Developer at several High-Tech companies, where he has gained extensive professional experience. He also engaged in professional Consulting for several companies. Mr. Horovitz has extensive experience in Commercial Image Processing Product Development, Project Management and Design of software products. 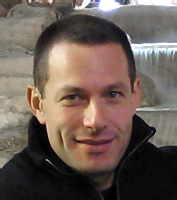 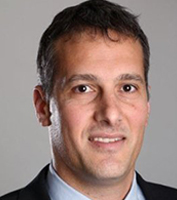 Mr. Yanay is a co-founder of EyeCue and serves as member of the company’s Board of Directors. He has extensive experience in financing and managing technology companies. Since 2006 he has also served as the Chief Financial Officer of Pluristem Therapeutics Inc. [NASDAQ:PSTI]; previously he was the Chief Financial Officer of Elbit Vision System Ltd. [EVSNF.OB], a company engaged in automatic optical inspection and manager of audit groups of the technology sector at Ernst &Young Israel. Mr. Yanay holds a bachelor's degree with honors in business administration and is a Certified Public Accountant in Israel. 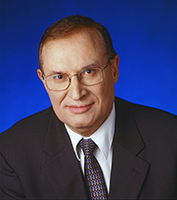 Arie Scope is a seasoned executive of high-technology companies with extensive experience in building successful organizations.

Arie Scope gained his managerial and global experience while working for multinational high-technology firms such as IBM, Hewlett Packard and Microsoft, both in Israel & the US.

Arie Scope has started the Microsoft subsidiary in Israel in 1989 and was its General Manager for 16 years. In 2005 he was promoted to Chairman of Microsoft Israel. Prior to that, Arie Scope was a Marketing Manager at HP corporate in the U.S., the General Manager the HP office in Israel, and had various technical, marketing and sales positions at IBM Israel.

Arie Scope is highly involved with the Israeli high tech industry. He was the Chairman of ILA, Israel's ICT Association, the chairman of the Raanana Conference for Hi-Tech Policy, he is a board of trustees' member of two universities: the Technion- Israel Institute of Technology, and the Israeli Open University, he is the chairman of several Israeli startup companies and a board member of several ICT companies.

Arie Scope is involved in the community and was the first businessman who has received the State of Israel President Award for his contribution to the community. Currently he is the chairman of "Computer for Every Child", serves on the board of HTCF (Israel’s High Tech CEO Forum), and of the "Israeli National Committee for ICT", and as a board member of the "Meir Hospital Friends Association".

Arie Scope is an experienced speaker and has lectured at various high tech conventions. He authored 3 books in computer science and one book on management. Arie Scope is an Adjunct Professor at Shenkar Engineering College and at the College of Management lecturing on Entrepreneurship, Management, and Organizational Behavior. 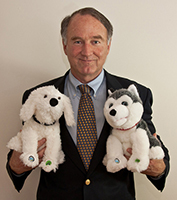 Mr. Wood was founder, CEO and President of LeapFrog Enterprises, Inc., an educational company from its creation in 1995 through March 2004. Under Mr. Wood 's leadership, LeapFrog grew from a start up to a New York Stock Exchange listed company with $680 million in revenue and $72 million in net profit in 2003. Mr. Wood has 15 years of experience in the corporate legal representation of high technology firms and venture capital partnerships. From 1991 through 1994, he was a partner of the emerging technology companies group at Cooley Godward LLP. From 1979 to 1991, Mr. Wood practiced corporate law in the high technology practice of Crosby Heafey Roach & May. Mr. Wood received a J.D. from the Hastings College of Law, an M.B.A. from the University of California, Berkeley and his B.A. in political science from Stanford University. 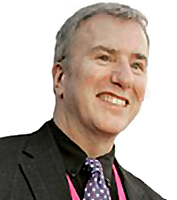 A 30-year toy industry veteran and Children's Lifestyle expert, with broad-based experience in marketing, product development, editorial and business analysis, Chris Byrne, also known as The Toy Guy®, is sought out regularly to discuss the international business of toys and related children's entertainment industries. Mr. Byrne is also currently content director for TimetoPlayMag.com, and consults regularly on product development and marketing to major companies seeking to understand and enter the children's industries. 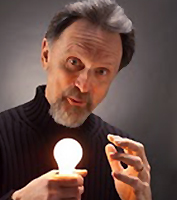 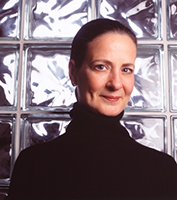 Named a “Wonder Woman in Toys” in 2005 by Women in Toys and Playthings magazine, Mrs. Amdur is a Founder and CEO of Alex Toys, a premier brand of creative toys and children’s lifestyle products. She is Alex's Chief of Vision and has been a guiding force in the industry for more than 20 years. A member of the Committee of 200, the American Bar Association, and the World Presidents’ Organization, Mrs. Amdur also served on the board of the Toy Industry Association (TIA). She and her husband Rick Amdur were both honored with the Ernst & Young Entrepreneur of the Year Award in 2002 for the state of New Jersey. 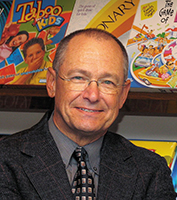 Born in Nova Scotia, Canada and brought up in Montreal, Mr. Hirtle moved to the US with his family in 1962.

With a degree in Aerospace Engineering from The University of Maryland and a Masters in Aeronautics and Astronautics from Stanford he is one of the few true rocket scientists in the toy and game business.

A thirty-five year industry veteran, Mr. Hirtle started his career at Mattel as an inventor in the Preliminary Design Department specializing, not surprisingly, in flying toys. He worked on the Vertibird Helicopter, Flying Aces Planes and the Astro-Blast rocket line among many others.

Next he headed up the Technical Product Design Department of Fisher-Price Toys overseeing the development of some early electronic toys including the world’s first electronic talking doll.

In 1982, Mr. Hirtle moved to head up the R&D Department of Tyco Toys. In his eleven years at Tyco, he saw that company grow from a $46 Million electric train and slot car company to the world’s third largest toy and game company with sales of over $750 Million.

In 1993, he became the North American representative for Seven Towns International, a London based toy and game inventor group, best known as licensors of Rubik’s Cube. He worked as an inventor and inventor agent for five years from his office in the International Toy Center in New York City.

In 1998 he joined Hasbro’s Games Division as Vice President of R&D with responsibility for that division’s Product Acquisition and Inventor Relations. In 2006 his responsibilities were expanded to include these functions for all of Hasbro worldwide.

After retiring from Hasbro in 2011 Mr. Hirtle set up his own consulting company, Paladin LLC with the motto “Have Game – Will Travel”. He believes that he has the best job in the industry being the person who travels around the world in search of new toys and games for his client companies.

Mr. Hirtle enjoys collecting and playing games and puzzles and has over 1200 in her personal collection. He also has a passion for large jigsaw puzzles and has completed puzzles of 6000 and 9000 pieces. 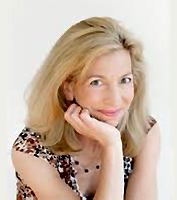 Ms. Fitzgerald is the Chief Marketing Officer for Toys, Seasonal Products, and Outdoor Living for Sears and Kmart. She previously served for seven year as Senior Vice President of Marketing for VTech Electronics North America, LLC, a leading developer of learning toys. Prior to joining VTech, she was VP Marketing at Hedstrom Toys, led the marketing team at Hallmark for the launch of the Hallmark Expressions brand and served on the marketing team at Mead, a leading global creator of consumer and office products. Ms. Fitzgerald holds am MBA from Kellogg School of Management at Northwestern University and BA and BS degrees in Spanish and Business from Ohio State University.